What (& Where) On Earth Is A Vampire Fish? 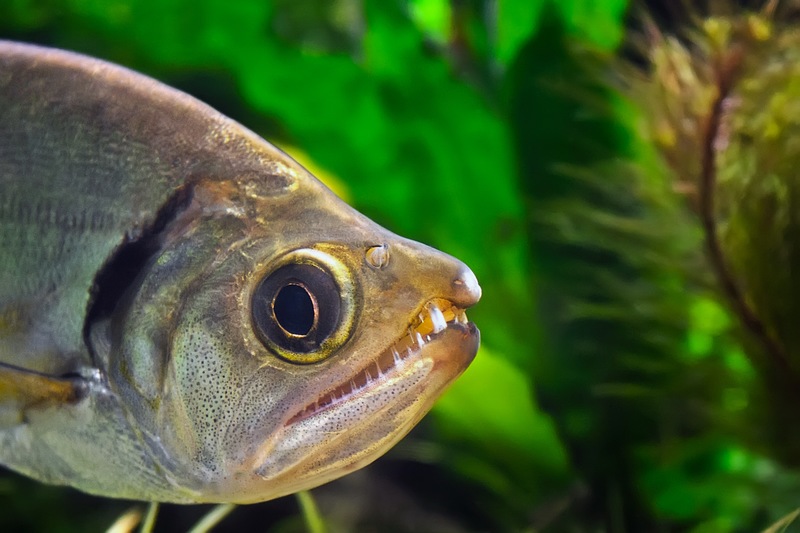 If you love Halloween and all its familiar monsters, there’s a good chance you’ve spent lots of time brushing up on Dracula and as much vampire lore as you can get your hands on. But you’re an angler, too, which means you may have wondered — is there such a thing as a vampire fish?

Even if you haven’t asked this question — well, we’ve got the bizarre answer anyway! Just read on to learn more about vampire fish and where you can find them, this Halloween and all year long.

One of the most defining features of a vampire is, of course, its pair of sharp fangs (designed for, shall we say, refreshments?). So it’s not surprising that the aquatic “vampire” also has a pretty serious set of biters.

According to NOAA, the fish that usually wields this nickname is the payara of the Amazon — not to be confused with the piranha, which also dwells here. Both fish are known for their chompers, but the payara actually takes the cake (er, bait) in a more ferocious way. Payara can grow up to three feet in length, with six-inch teeth to boot — oh, and they’re carnivores! All in all, it’s easy to see how payara earned their terrifying reputation as vampire fish. But they’re not the only Dracula-esque creature lurking in the depths.

Tropical oceans around the globe serve as home to another underwater vampire — the vampire squid! According to NOAA, this marine dweller earned its nickname thanks to its piercing eyes and “velvety, cloak-like webbing.” The squid’s scientific name, Vampyroteuthis infernalis, translates to “vampire squid of hell,” which, of course, multiplies the terror by about 1,000.

Neither the vampire fish nor squid actually sucks blood à la their namesake — but there is a kind of creature that does exhibit that behavior. Meet, the lamprey. This jawless fish sucks the blood of other fish using its unusual, eel-esque mouth — and like, Dracula himself, it’s old. The lamprey actually arrived on the scene before the dinosaurs did!

Another big Dracula character trait is, of course, the famous vamp’s avoidance of daylight. You could say that many fish share this tendency, simply by virtue of dwelling in the far, far, depths of the ocean (think anglerfish or rattails). However, those who go night diving — which is only recommended for the top pros — may encounter actual nocturnal fish, too, like cardinalfish, bigeyes, and some kinds of snapper.

While it’s cool to learn about vampire fish and vampire squid, they’re not exactly species made to be reeled in — and are in pretty remote parts of the world, anyway. But if you’re in the spooky spirit, why not go fishing in a vampire-y locale? Thanks to rumors that circulated in the late 19th century, for example, Rhode Island once earned (and may have some trouble shaking off) the nickname, “Vampire Capital of America.” The tiny state has no shortage of haunted history — or of beautiful waters to cruise, of course!

New Orleans is another destination attached to vampire folklore, which you can get to know via local eateries or walking tours! When you’ve had your fill (pun not intended), you can hit the water for some sportfishing in the nearby Gulf of Mexico.

The presence of creepy, shar-fanged fish beneath the surface proves once again — the “monsters” of history are nothing compared to the real mysteries lurking in the depths!